“When you mix people and power, you get politics.” 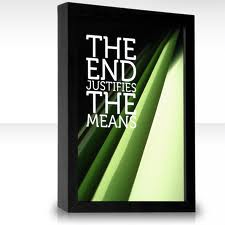 Well, let’s come back to this in some time.

One of the most baffling realizations I have had through my work experience till now is that no two organizations can be identical. What does an organization, whether big or small, product or service oriented, corporate or non-profit, comprise of? – people, resources, processes, and the resultant interplay of all these three components – the culture. Where the skill set of people, kind of resources available, and processes can be replicated from one scenario to another, no two organizations can have the exact same culture. It’s this interplay that makes one organization stand out more than the other and if not maneuvered carefully, at times, also becomes the breeding ground for many unethical business practices.

I think there would hardly be any disagreements when I say that there has been a paradigm shift in the traction of the business ethics that was followed till a decade ago. One of the major components of such a shift is the ingress of act of politicizing in organizations. From what it seems, in the current global state of affairs, this is not specific to any one particular industry. Whether it is a rustic school, an MNC with a global reach or a teaching institute or a hospital, one will find it to have seeped in everywhere. To survive in today’s fast paced, competitive environment, employees must learn not only to deal with but effectively manage the inevitable consequences of political practices within organizations.

I will take the liberty of getting into the theoretical background of this concept. Its basic understanding can be found in the work of Niccolo Machiavelli who published a book in 1532 called ‘The Prince and the Discourses’. Since the publication of The Prince, the term ‘Machiavellian’ has been used to designate a particular type of personality orientation – to be identified as Machiavellian is an indication of an unsavory, amoral if not immoral reputation for dealing with others so as to accomplish one’s objectives. Traditionally, the Machiavellian individual is thought to manipulate others for his or her own purpose – in other words, politicizing.

Based on our organization’s functioning, I can list down few practices Quovantis follows that has helped us to emplace and sustain a culture that does not allow Machiavellianism to creep in:

Now to answer the question asked in the beginning.

The answer lies in moderation –being Machiavelli at work or not is an individual choice, but because this choice is exercised within the context of an organization, we reach a point where it becomes the organization’s duty to first, ensure that there is no room for such malpractices to sprout, and second, if they do happen to spring out, uprooting them right away and engaging in a timely course correction. Every organization is a result of a great vision. It’s thus the moral responsibility of everyone who is a part of that organization to remain honest to that vision, nurture it, and shield it from any wrong.

An excerpt from the book  ‘The Prince and the Discourses’- “Be it known, then, that there are two ways of contending, one in accordance with the laws, the other by force, the first of which is proper to men, the second to beasts. A prince should, therefore, understand how to deal well with both the man and beast.” (The Prince, Machiavelli, 1513/1902, p. 79).