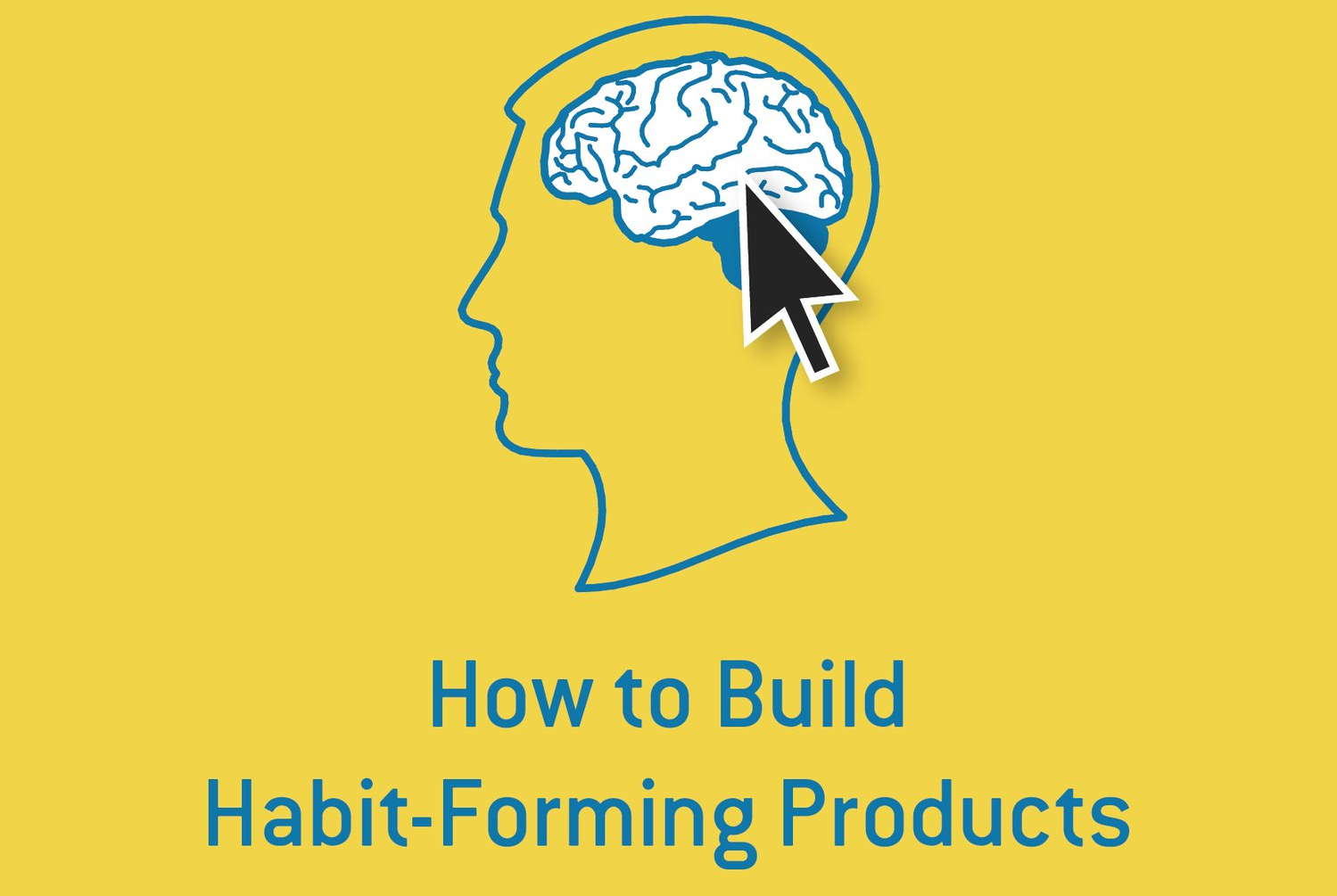 Hooked was recommended to me by Tarun to get a deeper insight on how addictive, or as the title says habit-forming software products are built.

The title immediately piqued my curiosity as sometime back I had got interested in learning about how gamification works and why certain video games are more addictive than others. The following blog by Steve Yegge had also blown my mind – The Borderlands Gun Collector’s Club on game mechanics which promotes Gamification. This blog might be a very interesting, albeit a long read, for those of you who enjoy in learning about how video games are made. Also since this is an old blog, some images have gone missing, but the content is so engaging that you won’t really miss them.

Coincidentally, Nir Eyal the author of Hooked has also worked in the video game industry.

Another point of interest was about how habits are formed. Aren’t we all trying to break our bad habits and form good ones? 🙂

By the way, what’s the difference between a habit and an addiction?

A quick internet search says that a habit is an automatic behavior which happens without a conscious thought. Ofcourse it takes time for a behavior to become a habit and habits can be good or bad.

On the contrary, addiction usually has a negative connotation associated to it. You’re addicted to a substance or a behavior which is negatively affecting your life. Although sometimes the word addictive is also used in a positive sense, meaning that a particular product has been designed so well that one is compelled to use it again and again.

Getting back to Hooked, Nir basically builds the book around the “The Hook Model” that he has devised to explain how software products become habits.

The four steps in the Hook Model are explained as follows:

1. Trigger – is something which starts a behavior. A trigger can be External, for example somebody sends you an invite to join a social website like Pinterest, or a trigger could be Internal wherein I have already joined Pinterest, and now each day in the morning when I wake up, I’m obsessed to check what has changed on my Pinterest board, otherwise I feel that I might miss out on today’s Pinterest updates.

2. Action – is the behavior which needs to be performed in order to earn a reward. This action must be easy to perform. In Nir’s words – “To initiate action, doing must be easier than thinking. Remember, a habit is a behavior done with little or no conscious thought.”

M – Motivation, the level of the user’s need or want to take action. Fogg states that all humans are motivated to seek pleasure and avoid pain; to seek hope and avoid fear; and finally, to seek social acceptance and avoid rejection.”

A – Ability, is the ease of taking that action. It can be governed by the technology which enables you to perform the action. If the technology is easy enough, the user is further motivated to take action.

T – Trigger, as explained above.

3. Variable Reward – Rewards can be categorized into three kinds –

The rewards of the Tribe – include the social acceptance and recognition that we get from our tribe of friends, family and colleagues.

The rewards of the Hunt – pertains to the material rewards that we can gather, which could be physical like money, or virtual like weapons, power-ups etc, in the case of games.

The rewards of the Self – are the intrinsic rewards which we desire like mastery or competence in a particular area or skill, autonomy to make my own choices, meaningfulness of the task that I’m performing, among others.

It has been shown and proven in psychological experiments that if constant and consistent rewards are given for a particular activity, sooner or later the interest to keep performing that activity is lost. Because the anticipation of receiving the reward is greater than the reward itself. The uncertainty of whether one would receive the reward or not is what keeps driving us.

For example, what if Facebook were to keep giving you the same status updates each time, every time, daily! Would you want to keep going back to Facebook? If on every post of mine, I would keep getting the same kind of comments, likes, shares, etc. would I remain interested in posting?

Talking about myself, if I want to buy a phone, I’ve seen that it is far more interesting to research about a phone, hunt for its specs and reviews, anticipate about how I’m going to use the phone and its features, than to actually buy it and use it. 🙂 In all honesty, I probably use less than 10% of my phone’s features on a regular basis.

4. Investment – is the act of putting in time and effort by a user into the product, by using it to create value for themselves.

Or as Nir puts it – “The more users invest time and effort into a product or service, the more they value it. In fact, there is ample evidence to suggest that our labor leads to love.”

This investment could be in the form of:

So once a user has made investments, described above, into a product, he is much more likely to continue using the same to protect and build on his investments.

Another interested point mentioned by Nir is how users irrationally overvalue their investment. For example if I put in my blood, sweat and tears in building a piece of furniture, say a table, in all likelihood I would value that table more than a table created by a professional carpenter. I would prefer to use my table in spite of all its shortcomings, compared to a table bought from an expert.

This is something which the ready-to-assemble furniture maker IKEA uses in its business model. It ships disassembled furniture to its customers, with simple assembly instructions that encourages the customer to invest their time and effort to put their furniture together. IKEA today is the largest furniture retailer in the world.

The best form of investment is also what can load the next trigger for the user. An example, which Nir quotes is in Pinterest where, once a user pins a photo, or responds to a thread and makes an investment, Pinterest ensures that now it will start showing related items of interests to the user, so that the user can easily be coaxed into following his items of interest on Pinterest.

“The Morality of Manipulation”

By using the Hook model, it is possible to create both good and bad habits in a user.

Nir warns against creating addictive products which harms the user and the kind of products which the makers themselves will not use. And he defines a Manipulation Matrix, in which he divides the makers into one of the four – Facilitators, Peddlers, Entertainers and Dealers.

Facilitators believe that their products can improve the lives of the users and use the product themselves.

Peddlers believe that their products can improve the lives of the users, but don’t use the product themselves.

Entertainers don’t believe that their product will improve the lives of the users, but use the product themselves.

And Dealers don’t believe that their product will improve the lives of the users, and don’t use the product themselves.

Facilitators have the highest chance of success as they truly believe in the product, whereas Dealers are the worst as they are trying to manipulate the users for their own benefit.

Hooked was a very interesting and thought provoking read for me. It made me look back at how far technology has come, that today we are debating about the morality of the software and applications that we use. When I had started using computers, getting a piece of software to load and run was an achievement enough in those dual-floppy 8086 PCs. 🙂

Nir has managed to keep the book quite engaging and engrossing by giving plenty of real-world examples, which I have also mentioned in my review here.

He has also given guidance at the end of each chapter and at the end of the book, on how to figure out if your product is habit-forming or not, and if not then how to go about it.

I would highly recommend this book. I hope you enjoy reading it as much as I did!