Creating a culture of design critique 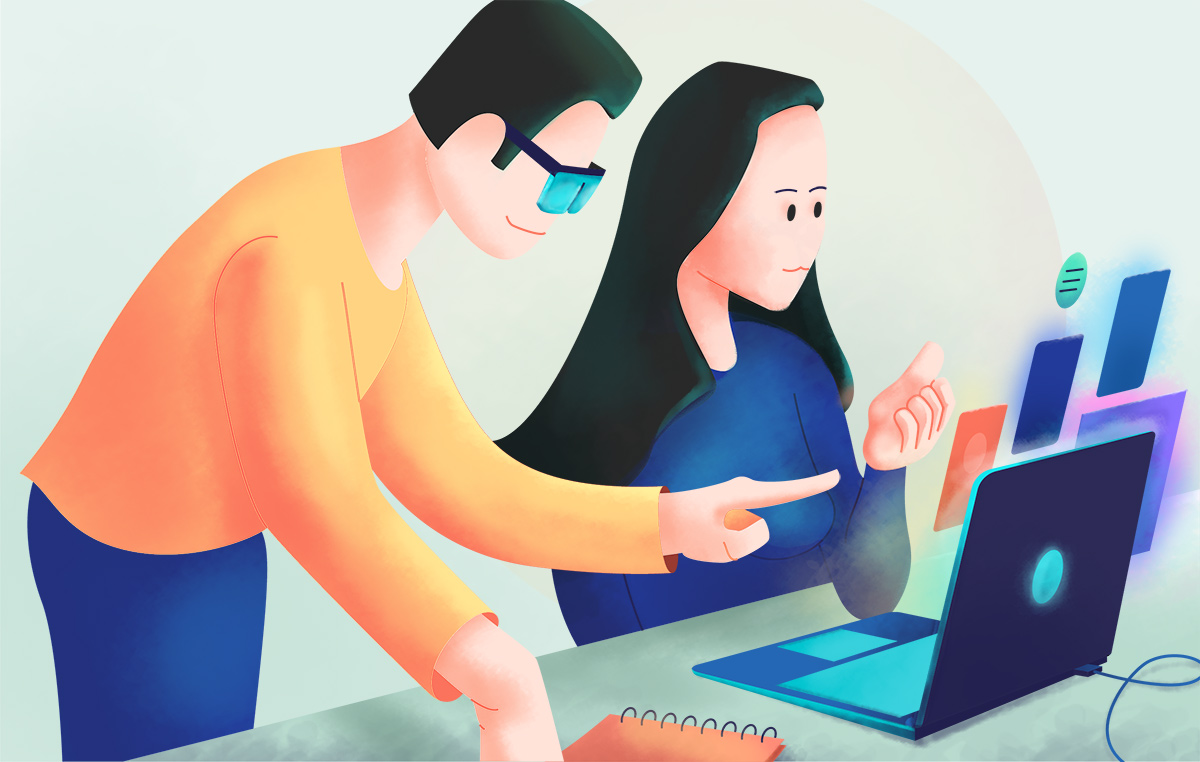 One of my friends and mentor once shared the secret behind his success- I’ll always be grateful for my struggles and the criticism I received because if not for them, I would have never been where I am today.

This made me remember a quote from Norman Vincent Peale- “The trouble with most of us is that we would rather be ruined by praise than saved by criticism.”

We all have done that at some point in our life. We want to hear more praises to validate our talent. But we associate criticism with negativity. The moment we hear criticism, we let our guards up.

What we need is a mindset shift that allows us to look at criticism as a tool to improve our work.

Why is critique culture so important?

Long answer– The answer lies in C. S. Lewis’s quote that says “Two heads are better than one, not because either is infallible, but because they are unlikely to go wrong in the same direction.”

Consider this example- while designing a healthcare application, a designer oversees the usage of colors and letter casing in designs. Another designer, who has past experience in working on healthcare apps shares why letter casing is important to consider during design decisions.

This is just one of the many examples. I’m sure you can think of one from your own experience where, upon receiving feedback, you were happily surprised- “Wow! That’s a great suggestion. Why didn’t I think of that?”

One can inculcate this habit of giving feedback to each other at an organizational level as well.  At Quovantis, we have our weekly “Show and Tell”, formal critique/appreciation, sessions where designers give each other feedback. The critique culture where the whole team sits together to provide constructive, actionable feedback on the designs has helped us in improving our designs and thereby, improving our products.

What should critique-seekers keep in mind?

Theodore Roosevelt once said- “It is not the critic who counts; not the man who points out how the strong man stumbles, or where the doer of deeds could have done them better. The credit belongs to the man who is actually in the arena, whose face is marred by dust and sweat and blood; who strives valiantly; who errs, who comes short again and again, because there is no effort without error and shortcoming.”

If you’re a critique receiver, one thing to keep in mind is that criticism is not for you, but for your work. So, even if there are any harsh words, take them in your stride.

What should critique givers keep in mind?

Critique-givers have a defining role in the success of a product.

Pixar co-founder Ed Catmull credits the success of Toy Story to the honest and candid feedback that everyone in the team shared when they saw the first screening of the movie. He admits that “Early on, all of our movies suck.” and goes on to say that it’s the critique that brings out the best in their movies.

How to run critique sessions?

Before beginning the critique sessions, set the context for everyone who is going to share their feedback. Send an email to your team with the time and location details of the session. Mention the subject of the critique and include a short summary of the design you will be presenting.

For example- always tell your team about the user personas for whom you’ve designed the application. It helps them understand the rationale behind your decisions.

During the session, listen to everyone’s feedback with an intent to improve your designs. Explain everything that must be explained. Remember, you’re the only person in the room who has the entire picture in your mind. Everyone else is seeing the project for the first time, so it’s okay if they question your choices (By the way, they won’t if you share the context beforehand.)

Be present in the discussion. Listen with utmost attention. Capture everything; even the harsh feedback. You can always decide later which ones you wish to implement. And when the session ends, thank everyone for their time and feedback. You really must do that.

Most importantly, avoid contradicting the critique by getting into an argument with critique-giver. Getting defensive or angry or taking criticism personally (even if it’s hurled at you in your face) means that you are not ready to hear the truth about your work.

After the session, take time to reflect upon every feedback. Not everything would be worthy of action. So don’t fret over implementing every single feedback. In case you need any clarification, reach out to the person who gave you feedback. Don’t stop before you implement, showcase, iterate on the feedback and present a better solution than before.

Before the critique sessions, understand every detail about the project you’re going to see. If it’s not already provided, ask for related information about the project’s goals, the user personas, their pain points, so that you’re in a better position to suggest improvements.

During the critique session, make sure that you are criticizing the work, not the person. Put aside all biases and prejudices and focus on solving the problem. Empathize with the end user (not the designer), and keep your target audience in mind. Ask genuine and thoughtful questions that help you uncover the intent and rationale of the designs. The designer has worked hard to design the project, they deserve your patience and respect.

If you like something, praise lavishly. If you don’t like something, be critical. But avoid being harsh or rude. Offer constructive feedback, something that can inspire the designer to think in a different way. Listen attentively to what others have to say and provide inputs in case you want to add something to it.

After the critique session, follow-up with the designer to check if he/she needs further help. If the person comes back to you with iterations, share your candid feedback (once again!) without shit-sandwiching it.

When two people discuss and take feedback from each other, they build on each others’ suggestions and make the product twice better. When more people get involved, it takes an exponential form where each member builds on others’ opinion, or suggestion. This is why critique sessions, as a cultural practice, are far more effective than peer-to-peer feedback.

Another reason to create a culture of design critique is that it creates an atmosphere of psychological safety in the team where everyone knows they’ll get honest, candid feedback from their peers and leaders. In such teams, learning and growth happens organically, not forcefully. Passion to do more, be more, drives people, rather than appreciation or promotions. And when that happens, people don’t feel an iota of hesitation in sharing their thoughts. They  openly talk about what’s on their minds. They share ideas, opinions, and criticize when things don’t go right.

Isn’t that enough reason to create a culture of criticism?