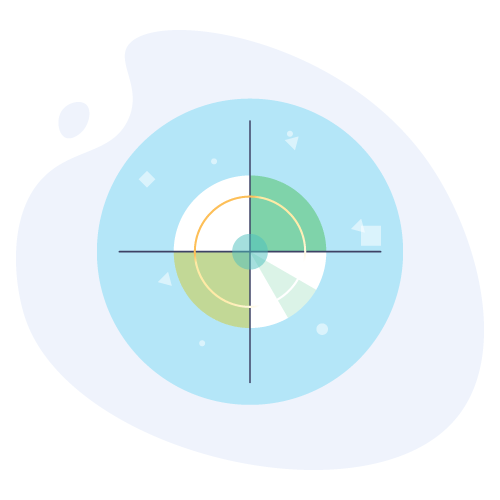 Getting better with Deliberate Practice

I got to hear this sentence like the gospel truth from my father and teacher umpteen times a day.

I was a lazy ass Math student and they were worried what would happen to a child who didn’t understand the concept of using derivatives to evaluate limits involving indeterminate forms. Because let’s face it, it’s the most sought-after skill for having a fulfilling life.

God knows that I did practice Calculus. Well, along with my daydreaming of becoming a famous tennis player.

But practice didn’t make me perfect. Though I did become a well-rounded mathematician because of the big round zeroes I got.

Growing up with my share of failures, I had a revelation much later in life — Practice doesn’t make you perfect. Deliberate Practice does.

It’s surprising how this approach has been practiced by popular musicians, artists and sports personalities for centuries, yet it somehow failed to catch our attention for so long. Even Mozart achieved greatness after practicing his skills for a full 10 years! It wasn’t (just) his talent, but deliberate practice, that made him extraordinary.

Before you think that Deliberate practice is some ancient secret revealed to only the Dragon Warriors (or chosen ones), let me tell you this – Deliberate Practice is neither glamorous (except its results) nor secretive. It’s the same old parable, sprinkled with a little more discipline and focus.

But don’t let the simplicity of this explanation lull you into thinking that it’s easy. Deliberate practice needs a disciplined approach and a major mindset change. Those who commit to it, do not look for any immediate results or improvements. Rather, they commit to being lifelong learners- exploring and refining their skill.

There are many tenets of imbibing deliberate practice into your work. I just want to grab your attention to the following-

Duh! I know this is the most obvious thing to say, but hey! hear me out. Pulling an all-nighter in rote learning which lacks any definitive goals is just exhausting and distressing. And that’s most people’s definition of working hard. They are probably putting a lot of time in it. But long hours don’t equate to thoughtful hard work.

Deliberate practice, demands that you work with a definite plan. And in addition to the long hours, put a lot of thought into deciding what you want to accomplish in those hours of hard work.

You have to continuously stretch yourself beyond your current abilities and consciously set increasingly hard milestones to improve your performance. You have to step out of your comfort zone deliberately to work on your weaknesses.

And, a lot of hard focus

I know it’s somewhat difficult to achieve when you’re drowning in real-time messaging apps. But, fortunately, it’s something that you can acquire by training your mind.

Deliberate practice is all about training yourself mentally. It demands focused effort and that’s exactly why it’s different from casual practice.

It won’t work without an effective feedback source

Think about the time you learned to play a sport or any other skill. What kept you worried the most? Moving ahead or taking feedback? I bet you were more concerned about grasping every little thing rather than improving or taking feedback. This is the reason why we need a paradigm shift in the mindset.

When we practice a skill, it’s common to channel our attention towards progress rather than improvement. We want to learn fast and become flawless.

That reminds me, there is an interesting Zen story which goes like this- 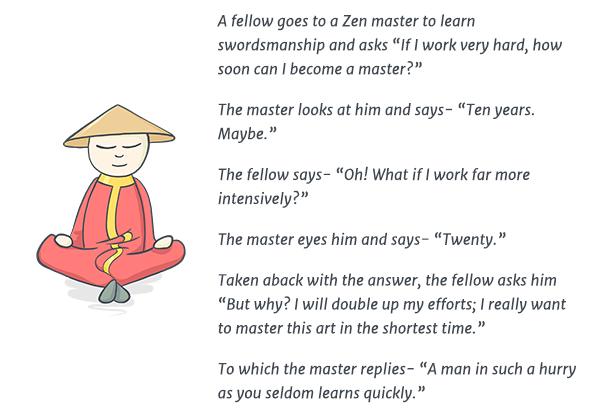 Moral of the story? Keep your eyes on the goal, but keep your focus on getting better.

The key to getting better with deliberate practice is to have a mechanism by which you can get a continuous and timely feedback. Feedback, either through a mentor or by reflecting upon your progress is crucial so that you know the loopholes in your methods and can make improvements.

To sum up all these thoughts, I would say, Deliberate practice is not the magic key to your success. But, if you manage to practice in the ways mentioned above, then deliberate practice might enroute you to that emblazoned path of success.