Is God a Programmer?? 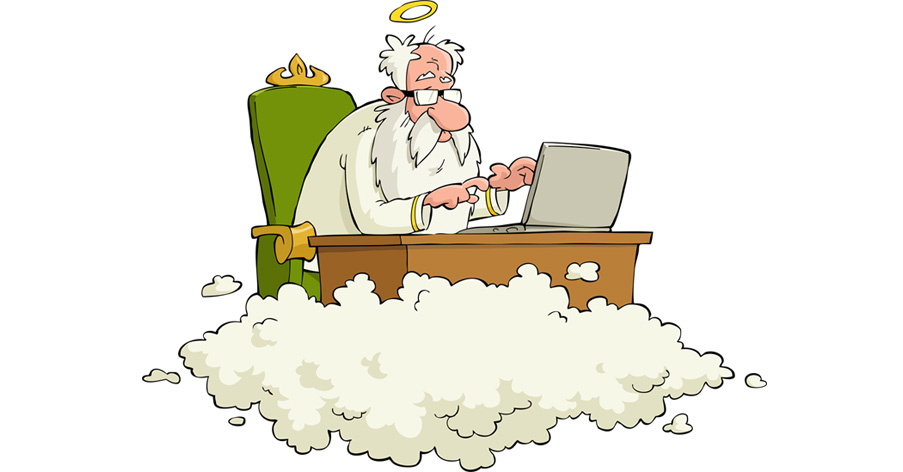 Just a hypothesis, what if we are just a computer simulation, just like some huge GTA? What if the so called ‘real world’ is a hoax, a set up? Who would be the creator then? God? God is a programmer? Let’s explore this.

I know you can smell “Matrix” all over the above theory (some influence of Interstellar) but you can start visualizing the world around you in the same way when you read “Zion” and “Shire” as meeting room (background – I work with Quovantis and I have not smoked or listening to EDM while writing this). I am a 22 year simple developer, straight out of college and using my notion of being in this world I am exploring my hypothesis (can you see all the signs around).

I know there are many loopholes in my hypothesis and we can debate about it again and again but just like any perfect equation let’s take some constants which can maximises the chances of this hypothesis to null factor. I assure you at the end of this you will buy my logic and agree there is an entity who is an ethical programmer (who is a great programmer) and their work is not intricate…

Disclaimer: Every point from now on would be based on assumption that we are living in a simulation (and created by ‘the programmer’)

Well, God (the Programmer) might be “god” our simulation but competition is always there.(but “the god” doubts they would ever go ahead of white boards).

Well you can think them as big Garbage Collectors! Freeing memory of useless data like cache, temp files etc.

Speed of light = Instructions/microseconds (like bytes/miliseconds) of God’s laptop. It won’t load beyond that.

Unfortunately, we are not seen the birth of any of celestial object (what we have seen has already happened, so we deduce that the creation of any new object is work of a construction. Yes, it’s a repetitive thing like a beta phase then scrum rules are applied to further enhance or start from fresh.

Do you believe in ghosts or spirits?? Well, I do (yeh it’s scary). Reason is simple, It maybe just a bug (glitch) in the great simulation. But don’t worry god is reading stack trace and would fix this bug very soon. 🙂

So, it is not unsual to imagine God as a programmer, hence I can prove my hypothesis (considering all assumptions constant).

Working for a Small Company
What Motivates? … at Work
Search Engine Optimization – Optimizing your Website