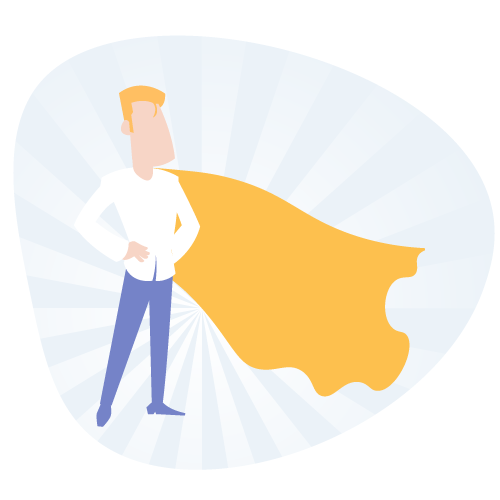 Habits that lead to success 🌟

I have a few friends whom I consider legendary. Bright. Gritty. Successful.

Their careers have soared as if they were riding a magic broom. They all seem to flow effortlessly through an endless maze of challenges — like no problem is insurmountable. And, when adversity hits them they bring out their Harry Potter courage to overcome anything that-must-not-be-named.

Heck, even when they fail, they learn!

Yes, I hate them! Who wouldn’t? I’m sure you would have such friends or colleagues too. It’s like they won the genetic lottery while we were waiting on the sidelines. Of course, that’s jealousy taking over our rational brain.

But, if you look closely, you would find simple habits that make them part of the legends. We end up thinking that they are super-humans but we can easily borrow from their methods of (successful) madness.

Want to know what sets them apart? Here’s a list of things which you can imbibe. You could become the next Elon Musk.

Angela Duckworth, the author of Grit defines it as perseverance and passion for long-term goals. According to her-

That means “Without effort, your skill is nothing more than what you could have done but didn’t.”

So believing in Grit is like carving out your own destiny.

The beautiful thing is that it’s a matter of deliberate practice rather than innate talent. Like Amitabh Bachchan. And when you become successful like him, you could say – ‘Mere paas Grit hai‘.

Earl Miller, a neuroscientist at MIT says that our brains are not wired for multitasking. He further adds that when people think they’re multitasking, they’re actually switching from one task to another very rapidly without accomplishing much. Guilty as charged? Here’s how you can quit your multitasking addiction.

Albert Einstein said that if he had one hour to save the world, he would spend fifty-five minutes defining the problem and only five minutes finding the solution.

Get married to the problem first, not your solution.

The “5-why conversation” technique helps you in understanding any kind of problem. And, once you understand the problem you will effortlessly be able to come up with effective solutions.

Listening is an art. Everyone can hear, but only a few know how to listen intently. Listening means hearing as if you are totally empty. It requires self-discipline and resisting the temptation to put your thoughts forward.

Listen to this fascinating TED talk by Julian Treasure where he has shared five ways to re-tune your ears for conscious listening.

It is said that people who are curious are usually more intelligent and engaged.Successful people ask more questions which in turn makes them all the more successful.

“If you make a mistake and do not correct it, this is called a mistake.”
-Confucius

If you have committed a mistake, the first thing to do is to realize that you did something wrong. But before you correct it or make promises to not repeat it, learn to apologize to those who were affected by it. This is exactly why great leaders admit their mistakes. It doesn’t make you weak- it makes you awesome!

Positivity is a miracle drug — It helps you while working on hardest of the challenges and handle failures with grace. Research proves that positive people are able to handle stressful situations better and thrive because of it. Barbara Fredrickson did some fascinating experiments in 2004 to prove the benefits of positive thinking.

I wish I had figured these habits early in my life. And I hope they get you closer to your unrealized dreams.