How to receive feedback well 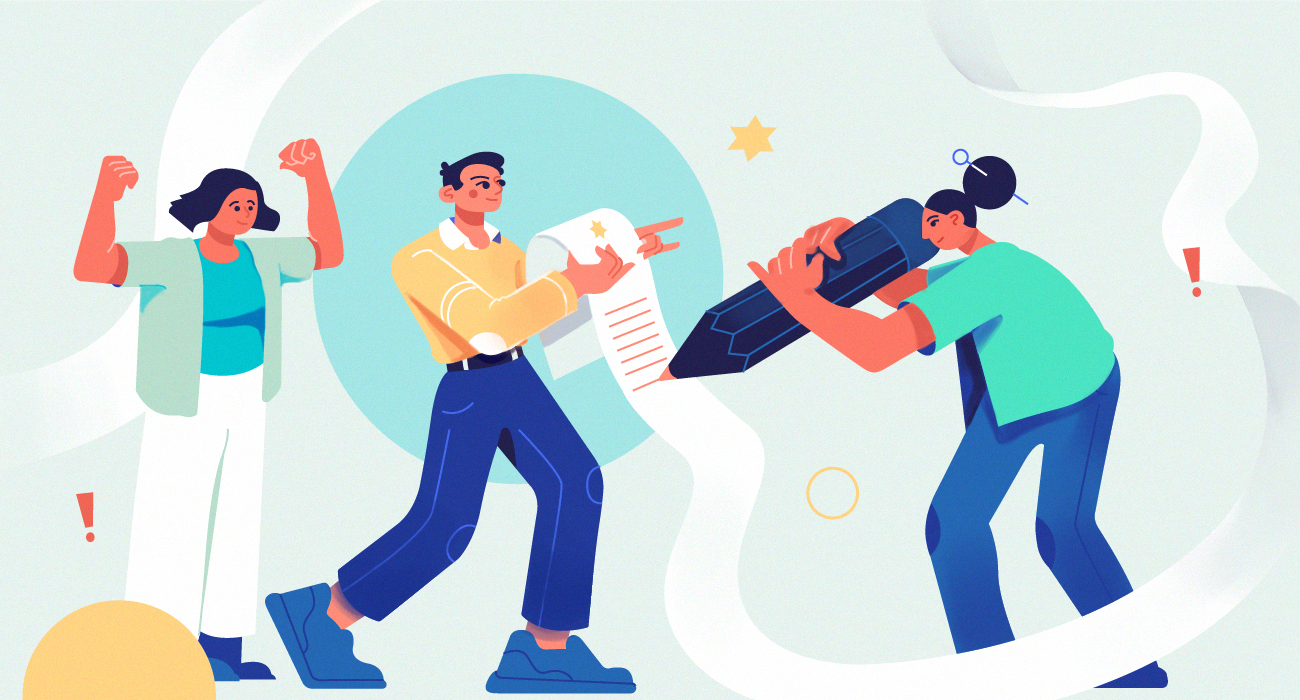 There are two types of professionals in the world: ones who receive feedback well and those who fall behind.

I’m here to talk about ‘those who fall behind’.

Snuggling with feedback, embracing it, and then analyzing it is the highest-leverage skill to upgrade the firmware of your mind. Not that you aren’t enough as-is but you should seek it like love.

It’s then not a surprise that feedback is considered a gift. A gift that gives you all the cheat codes for success.

But, unlike the gifts that come wrapped in glossy papers, this one can be delivered in different ways.

Sometimes wrapped in genuine concern, and other times cloaked in pointless criticism.

Sometimes at the goldilock’s time, just when you need it, and other times delayed by months like India’s monsoon.

Sometimes as a reminder that someone cares for you, other times making you feel like a neglected child.

But no matter the kind of feedback, we generally don’t know how to receive it well. For example, most of us react to positive feedback by downplaying it with modesty. We accept it with an awkward silence or with a shoulder shrug “Oh, it was nothing. That’s what I am here for!”

Or how we react to critical feedback by sulking, dismissing, justifying, or ignoring it — all the things that I’ve also done while receiving feedback (not proud of it) and I’m sure you might have, too. And in the minority of the cases, some people even handle it with aggression. “Huh! You are the last person that should be giving me that kind of feedback. ”

Receiving feedback well is like exercising. We know it is the bicep curl for our careers but we couldn’t care less in learning how to receive it well. I wish that wasn’t the case.

Enough pontificating. Let’s see how you can receive the feedback well, praise or criticism.

How to receive positive feedback

Imagine yourself in this situation: your manager calls you into a meeting room for a feedback session. And the next thing you know, she starts gushing with appreciation on your flawless execution — and the positive impact it had on the team.

You feel a nervous twitch at the back of your neck anticipating negative feedback to start rolling as that’s what years of corporate culture has trained you. Praise, followed by criticism, and wrapped up by praise again. The classical corporate shit sandwich. But to your surprise, she doesn’t share anything but praise.

You don’t want to appear self-aggrandizing thus you say a modest “ohh…thank you so much” and wrap up the conversation.

While there was nothing wrong with your modest ‘thank you’ as there are a lot of times when it’s the most appropriate response. But here, you could have handled this a little bit differently.

After acknowledging that you indeed did something to create an impact, the next step could have been to ask follow up questions to understand the feedback in a better way.

You could have said– “Thank you for sharing such positive feedback. Your appreciation means a great deal to me. It would be great if you could share how my contributions helped the team execute better. There is a chance that I made those decisions subconsciously. So, I want to understand them better to amplify this behavior in the future.”

You must unpack the praise. Of course, to understand it better so that you can do more of it.

It’s unfortunate that we spend disproportionate amounts of time discussing criticism but hardly a fraction of it on our strengths. It’s great to be wanting to improve but you must also understand skills or behaviors that are having a positive impact on the team around you.

So the next time you are in this kind of situation, don’t let your instinct of shrugging it off take over. Acknowledge it. Understand it so that you can do more of it.

How to receive negative feedback

There isn’t any easy answer to this one. There are ways to handle negative feedback that might sound easy. But implementing them is incredibly hard.

I feel hypocritical sharing them because it’s not that I’ve mastered this art. Sometimes I’m able to handle the negative feedback with grace and then there are times that emotions get the better of me.

Not only that, I sometimes play the negative feedback in a loop. Sometimes blaming the person for being unfair to put this all on me (dismissing) and at other times, blaming myself for being such a moron (agreeing). It makes for such an interesting bedtime story.

Whatever your reaction, I would recommend not letting an opportunity pass you by to learn something about yourself. Who knows accepting and working on that feedback might change the trajectory of your career.

Let’s kick this off by reading what Pepsi’s CEO, Indra Nooyi, has to say about intense conversations  –  “Whatever anybody says or does, assume positive intent.You will be amazed at how your whole approach to a person or problem becomes very different. When you assume negative intent, you’re angry. If you take away that anger and assume positive intent, you will be amazed. Your emotional quotient goes up because you are no longer almost random in your response. You don’t get defensive. You don’t scream. You are trying to understand and listen because at your basic core you are saying, maybe they are saying something to me that I’m not hearing.”

I know there will be times when you won’t like what you hear. It would be worse when you don’t like the person or feel the feedback is biased. Whatever the reason, you have to be patient to hear the entire story from their perspective. And you can only find the patience to do it if you assume positive intent.

If you can let this be the starting point then most of the other things would fall in place.

So easy to read, isn’t it? But insanely hard to do like pushing boulders up a hill.

What should you do now?

There are really two paths from here: either you agree with what they are saying or can’t wait for your turn to speak to prove how wrong they are.

If you agree then it’s best to gracefully accept, apologize sincerely and put a plan to resolve it.

If you don’t agree then you owe it to yourself to understand the feedback better. There isn’t any use getting worked up in the conversation.

You should play a detective, lead with curiosity and ask questions

You have to find a way to understand — how did your actions come across and what should have been an ideal way to handle the situation for which you are receiving feedback.

I know it’s a thin line to balance. On one hand, you want to unpack the feedback but at the same time, you don’t want to come across as defensive.

I wish there were some easy solutions here but there aren’t. With time and practice, you will find a way to ask these questions with a calm demeanor.

The point is you shouldn’t close this at a superficial level. You need to absorb where you fell short in your leader’s expectations. If you don’t, then both of you wouldn’t be able to come up with good ideas to fix it.

In case you aren’t able to come up with ideas to fix it or still coming to terms with the feedback then you could buy more time.

Ask for time to act upon the feedback

“Thank you for the feedback. I’m definitely going to give it a thought. I’m not able to wrap my head completely around the overall feedback, but there is a chance that I am looking at this only from my perspective. Do you mind if I get back to you by X date?”

This gives you the opportunity to think about this from different perspectives and hopefully create a plan.

I would recommend checking up with your manager every now and then regarding how you are doing on the plan. The onus is on you to showcase that you have absorbed the feedback well and are on top of the development area.

That’s all you have to do. It’s not an easy road but you could have far more productive and mature conversations around your feedback if you could follow these steps.