How Transparency Helps in Building a Better Organization 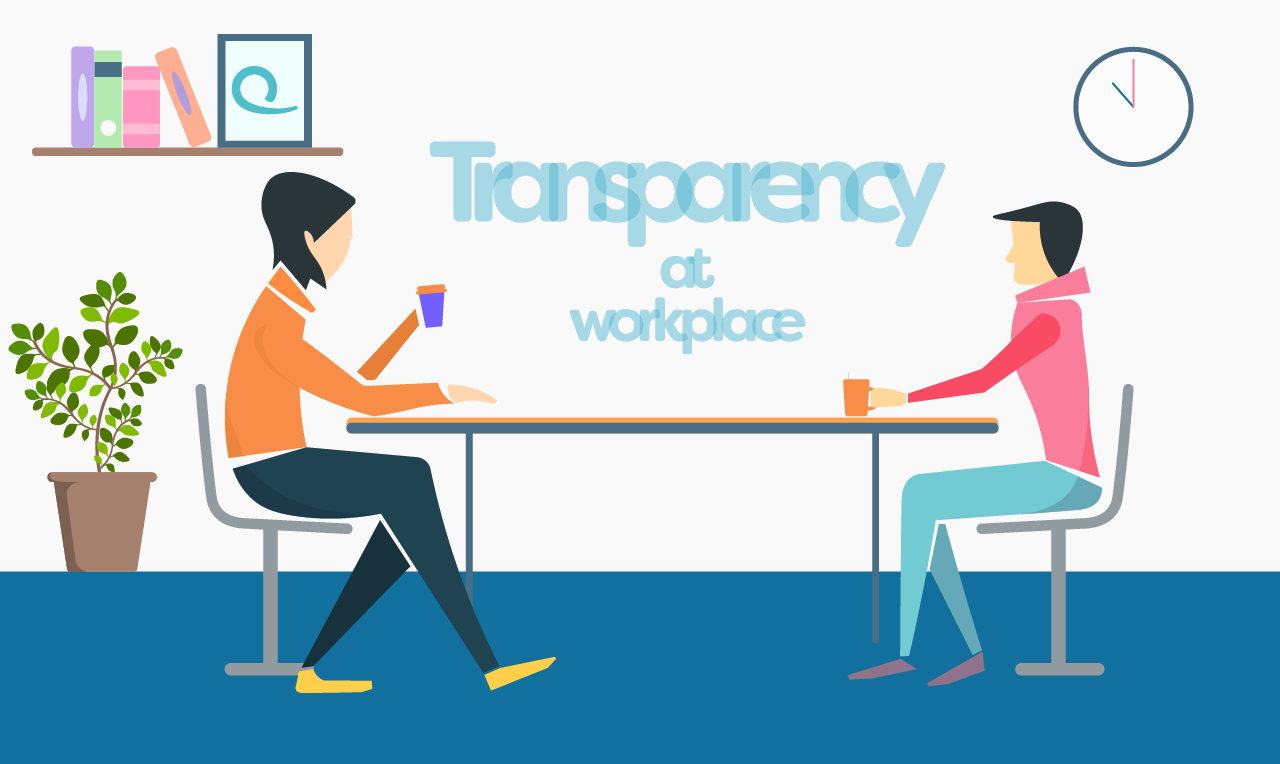 According to a research, “A happy employee is a productive employee.” However, there is more to it. “Engaged employees are not necessarily happy.” So although your company holds the trophy for ‘India’s best company to work for’, there is something which you may be missing out-

As a stakeholder in the growth of the organization, you don’t want employees to reveal that they felt like a keyboard stroking robot rather than an individual because they had no say in company matters.

So what is transparency?

In layman terms, transparency means clarity which further can be explained as being absolutely fair and crystal clear with your worker. As a person who spends 8-10 hours of a day working for you and dreaming about building a better career with the organization, he deserves to be in the light of company’s happenings.

Look at it this way- In your favorite restaurant setting you can actually see the chef during food preparation and he can see you enjoying the meal which he prepared. Ain’t that a happy experience? Sure it is. So hear them out and do not just feed them appraisals because money can’t buy satisfaction and workplace happiness.

And what makes a company ‘transparent’?

Envision a virtual employee who is an amazing mix of intelligence, dedication, hard work and passion. Let’s give him a name- Robin. Robin enjoys his office time by taking regular coffee breaks amidst work and completes his assignment within stipulated time frame. During his induction program he was briefed about company’s goals and vision but nothing about the nature of his role at a futuristic level.

One year into the job with major appreciation about his performance from colleagues and client, he only managed a less-than-average appraisal because he could not materialize his ‘long-term goals’ of which he was completely unaware of. Although he should be happy that his work is getting recognized, but still there is a feeling of betrayal which he detests.

So, who’s at fault? The supervisor who thought that the employee is intelligent enough to understand his ‘goals’ or Robin who thought that his work is getting appreciated, so he is on the right path.

Surprisingly, it’s none of them. The mutual disconnect about their understanding of ‘employee engagement’ is to be blamed. No one would know about your strategy for the next year’s growth plan unless you take care to share the relevant information timely with your co-workers.

So try to communicate well, document your growth plans, lay down your expectations on paper, brainstorm about their feasibility, and be open to applaud your employee’s inquisitiveness and ask for their feedback. Just don’t let the skepticism breed into their minds. Because if you don’t bridge the gap between expectation and reality, be ready to see the fumes of dissatisfaction.

You would be surprised to see a higher employee engagement which would automatically lead to higher productivity.

Furthermore, transparency is required not only for your workers but also for your clients. After all, ‘Customer is the king’. So as much as you need to be transparent inside, be shiny from the outside too. High probability of missing a deadline? You might just want to come upfront with the reasons for the delay rather than just owning up to the mistakes or offering to correct the wrongdoing after the zero hour. The client is most likely to appreciate your efforts and collaborate to work out things at his end because you were honest forthrightly.

Now the advantages of being transparent, you ask?

Well, with sustained efforts eventually you will start noticing a significant improvement in employee productivity. Two, you can prevent job-hopping. Three, you earn their respect. Four, you score a goal for being approachable. For example: If you as a team leader pass a document about ‘Best coding practices to be followed’ to your team. One of your co-workers asks out a point which you later figure out was indeed a source of confusion. So this shows that they trust you that they will be heard for any small or big thing. That’s the exact material leaders are made up of.

What’s in it for me as an employer?

How do you feel when you accidentally buy a medicine which exceeded its expiry date and the chemist refuses to take it back (shows you the board which says ‘Goods once sold will not be taken back’). Would you go the same medical shop again? I bet not. Works the same way for your customers or employees.

Your aim should not just be (cannot be, I say) to make profit but build better relations. A businessman cannot just thrive on cash flow. You have to show your customers that:

They say that a happy wife is a myth. But a happy employee is a reality. So a gesture as simple as admitting the mistakes done in the last quarter and sharing it with your staff would set straight a lot of things. Because when you expect your employee to admit their mistakes or shortcomings, you have to treat them the same way you want to be treated yourself. It’s a give and take relationship.

To summarize, happiness at work derives great employee satisfaction. Transparency is simple practice to follow but can reciprocate with exceptionally fascinating results. So even if the news is about a new merger or a failed project, keep your working staff up-to-date. Embrace transparency.