Learning Python as a JS Developer 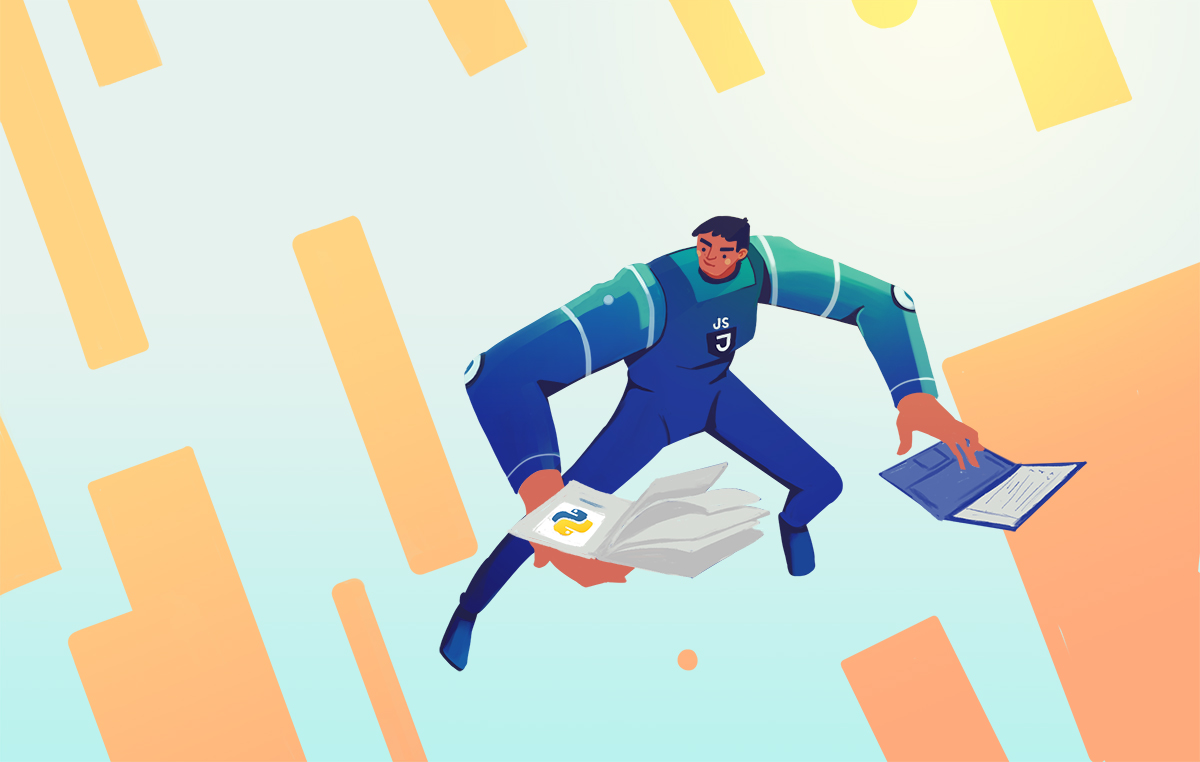 Python and JS are the two most popular programming languages. I was working as a MEAN/MERN Stack Software Engineer where I used Javascript as a coding language. Recently I switched to Python for a second project.

In this blog, I will share my experience of working on both languages at the same time. Let’s get started.

Below are the code snippets which describe the major syntax differences. Can you observe how different they are?

A sample code block in Python

A sample code block in Javascript

The syntax b/w Javascript and Python are very different as shown in the above sample blocks. Sometimes I make mistakes by using one’s syntax in another. To avoid this these IDE’s are really helpful– IntelliJ (Python) and Vscode (Javascript).

Below are the major differences that I came across:-

Every language has its own beauty. While solving any task with NodeJS I need to think in a different way than implementing them in Python. In some scenarios, Python wins and in some NodeJS.

However, later on, if my backend needs a functionality of Machine learning to manage tasks and prioritize them on the basis of users’ behaviour, then I will surely use Python.

Whereas if my backend needs high speed to list tasks or to search from tasks or for faster real time updates of tasks within the team, then I will surely use NodeJS.

So, it is really tough to decide which language to use in which project. But it is fairly straightforward to say which language can be used for a particular task.

After some experience, I have figured out a way to decide which language is better for a project.

F String in Python and Template literals in Javascript

The F string and template literals are great new ways to format strings. Not only are they more readable, more concise, and less prone to error than other ways of formatting, they are also faster!

# Example of F string in python

Decorators in Python and Callback Function in Javascript

Decorators and Callback Function are very powerful and useful tools since they allow programmers to modify the behavior of function or class. In Decorators, functions are taken as the argument into another function and then called inside the wrapper function whereas in Javascript the function passed as argument is called callback function.

Before async/await, JS used promises but its code was a little complex to debug and caused callback problems.

Then JS introduced a neat syntax to work with promises in a more comfortable fashion. It’s called “async/await” and is relatively easy to understand and use.

Python doesn’t have any such features but there are libraries in Python which provide these powerful features ie. asyncio

So all in all it’s a very exciting journey. Both languages have some pros and cons. But isn’t it the same with everything. Different languages exist because there is no one-size fits all approach to programming. In fact, their existence gives us tools to help create more robust products. My experience of working with Python and JS simultaneously has helped me gain more exposure to the world of programming languages and I now look forward to learning more about other unknown languages.