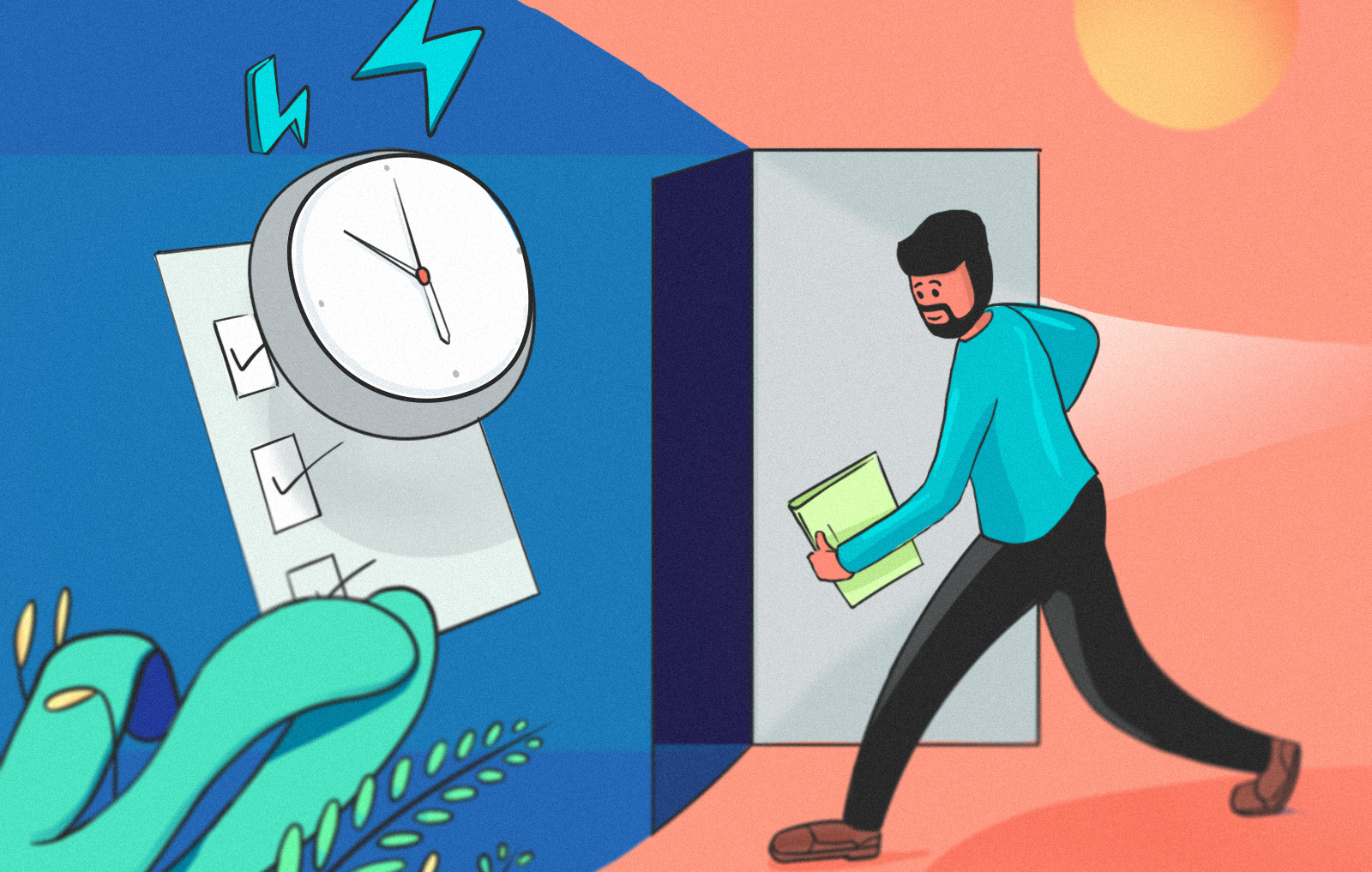 “Whoever invented meetings must have been a sadist. It must have taken a lot of thinking to come up with this sweet poison of an idea.” said one of my team members during one of our weekly brainstorming meetings. Within seconds, a riot of laughter erupted in the meeting room. Although, the intent was to make everyone laugh and loosen up since we were in a serious discussion. But like they say there’s a grain of truth in every joke, the words stayed with me for much longer.

This isn’t just about me. We all read and enjoy the Dilbert comics about soul-sucking meetings because they embody a certain truth in them. We see ourselves or our managers behaving like Wally, Alice and the pointy-haired boss and we can’t help but laugh at the universal misery of meetings.

But does that mean this suffering has no end?

Not really. I read a lot on why people hate meetings and how one can make meetings more interesting. During that research, I discovered an interesting infographic. According to this infographic, managers spend nearly 40-50% of their working hours conducting meetings. Roughly, that comes out to be an average of 23 hours per week.

But that’s not the most astonishing fact. What’s surprising is that out of those 23 hours, 7.8 hours are unnecessary and poorly run.

Yes! You read that alright. This means that the problem could be with the way meetings are conducted. And if we can find a way to fix those problems, meetings no longer have to be despicable.

I can help with some suggestions for leaders/moderators. Here are my two cents-

Whether it’s the frequency of meetings, or the duration, whether it’s about the absence of an agenda or the fine mess of disagreements, everyone has their own reasons to despise meetings.

And that’s why defining the purpose of a meeting is crucial. When I say define, I mean to say define it for yourself before sending out the invite to the meeting attendees. Take a few minutes to reflect upon the need for calling a meeting. Do you need help brainstorming a new idea? Is it for setting up a new practice in the team? Is it a retrospective or a look-ahead? Do you want to do a post-mortem or pre-mortem analysis?

Think about the outcome you want from the meeting. Would it result in something tangible or is it just a throw-in-your-ideas kind of meeting?

After that, decide who you need in this meeting. This is important as you would have to decide who can help you arrive at a decision quickly. For instance, if you’re meeting to decide which architecture- server or serverless- is best for developing an e-commerce application, it’s obvious you would only want to invite technical leads or product managers who have prior experience in building such applications.

Create your invite only when you have clarity on all of the above. Explain the agenda of the meeting by writing a description of the meeting and if needed, invite people to add their points of discussion to it. This creates a sense of ownership in your team and makes it easier for them to share their opinion on the same topic.

When was the last time you were excited to attend a meeting as soon as its reminder appeared on your screen? Looooooong time? That’s right; been there, done that! Most people hate to abandon their task in between and leave for yet another meeting. For them, a meeting is a distraction from ‘real work’ and no good thing ever came out of it.

The only way to make them not-hate meetings is to engage with the attendees right from the beginning. Greet people when they start joining in, thank them for taking out time to join the discussion, and start by quickly explaining the agenda of the meeting. You might not feel that this is required in regular meetings like backlog grooming or weekly planning meetings, and that’s perfectly fine. The idea is to create a positive environment where everyone feels engaged.

And to keep people engaged, you have to make sure that you’re talking to everyone, maintaining eye contact, encouraging them to participate and share new ideas. Some participants stay passive and conveniently hide behind the ‘crowd’. In such situations, it becomes the job of a leader/moderator to make them participate actively. Who knows what brilliant solutions they might give.

The whole point of conducting meetings is to innovate, solve a problem and collaborate to come up with a faster solution, especially in the time of a crisis. But they become pointless and boring when the leader diverts from the agenda, doesn’t engage with the team members and stays indifferent to disengaged participants.

Assuming that your meetings are going well because no one is raising concerns is like living in a bubble. Surveys reveal that 9 out of 10 people daydream in meetings. 73% of employees confessed that they do other work in their meetings because they find them irrelevant.

Wouldn’t it be much better if one took feedback on meetings and worked on improving them? You can always ask for face-to-face feedback when the meetings are over. Or, if you’re dealing with a larger group, push an email that has questions related to the content, timings and suggestions to improve the meeting. Emphasize that you’re looking for genuine feedback and ask people to take out time to write/speak their mind.

If collecting feedback is a challenge, you can also do it by yourself. Start by analyzing if you accomplished the goals of your meeting. Were you clear enough in articulating the right message? Was there a sense of excitement amongst your peers or were people distracted/ disengaged? Did everyone join in for a healthy debate or there were only a handful of people who actively participated? Were participants talking/murmuring/checking their phones during the meeting? Did the meeting end on time?

I can share one example- meetings that go beyond their scheduled time are the biggest gripe of my teammates. They dread going to meetings because they know half an hour on the calendar invite means one hour. It disturbs their entire day’s flow and they have to reschedule every meeting. So ask yourself the reasons for extending meeting time– is it because of lack of effective planning? Is it because the discussion goes wayward?

The indifference towards conducting meaningful meetings is costing us millions of dollars every year. And yet some teams put a blind eye to it quoting it as a “necessary evil”. But it’s clearly not evil if we change the way teams and organizations approach meetings. All we need is a mindset shift and a few good practices to run effectively.

We can never get back those wasted hours. But, we can definitely be more mindful of our time and of other’s time and make meetings less despicable.

Why is excellence important to an organization?
Why continuous learning is important
What’s on our 2021 reading radar?