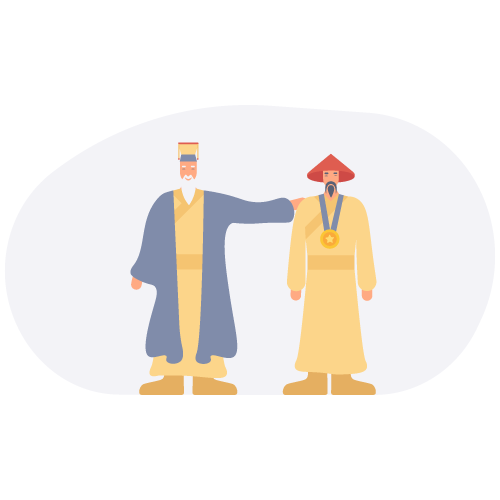 The Magic of Appreciation

Once upon a time, there was an emperor who wanted to conquer the world. In his quest to be the conqueror of the unconquerable, he took the battle to the farthest lands and invaded countries one after another.

To keep his soldiers motivated, every morning he would ascend on a higher platform and share his vision of ruling the world. The dream of epic battles and world domination inspired the soldiers and they fought valiantly. There wasn’t anything that could bring them down.

However, over a period of time, the monotony of being on the battleground started gnawing away at the allure of world domination and glory. The bloodbath and loss of friends made them unsure if they would live to see the next sunrise. They started wondering at the purpose of what they were doing and for whom. Because the emperor was just a high powered individual who addressed them daily from a pedestal.

The sense of futility in the troops was growing like a weed. The moment the emperor got to know about it, he knew the wrong that had been done.

That night, he called the commander-in-chief of all units. He asked them to share the stories of valor of their men on the battlefield, and the problems some of the men may be facing. In short, he wanted to know the people who were fighting to make his dream a reality and he wanted to express his gratitude and concern for them.

Careful not to miss anything, the emperor listened with great care. The more he heard, the more he realized how little he had known his people.

The next day, he did something unusual. Instead of ascending his high platform, the emperor went into the rank files.

First, he went to the soldier who had taken 56 bruises on his body, aced 12 fatal arrows on his chest and managed to kill 30 enemy soldiers of the enemy. He thanked him for all he had done and asked if he had recovered sufficiently from his wounds.

Next, he went to a swordsman who had escaped from the enemy camp to alert the troops of the surprise attack. He told him how the entire battalion owed their life to him.

And from that day onwards, he would walk to his men, hear about how they were doing and invite some of them with outstanding valor to the front of the lines and share their stories in the morning call.

Earlier it was about the emperor’s vision- his ideas, his goals. Now it was about the people, creating a bond with them, acknowledging their hard work and letting them know that they matter. It was about the soldiers who fought the battle to realize the vision.

What happened after that is an unsurprising outcome- the soldiers who were jaded, got more fierce than ever and they won each battle.

How does all of this matter?

The story serves as a reminder about the importance of creating a personal connection, valuing the individuals as people, not just having them as a means to an end, as replaceable ‘resources’. And how expressing gratitude, showing appreciation, showing a genuine interest in their welfare can change their affinity towards work.

A leader needs to understand the value each person brings in the team and to recognize and appreciate the above-than-ordinary efforts their team makes. Acknowledgment in any form helps in fostering better relationships and builds morale. It only adds fuel to their fire of realizing the company’s mission.

And these acts of appreciation in the workplaces can be in any form- emails, team huddles, handwritten notes on their desk to let them know that they are truly magical humans. That they inspire you with their work ethic and the kind of work that they do. Let them know that the company and the world is a better place because of them.

On that note, I will leave you with a quote from the Holy Dalai Lama – “The roots of all goodness lie in the soil of appreciation for goodness.”