What’s new in the Selenium 4.0 release?

Now the question is do we take it as a pinch of salt or celebrate? Let’s look at what has changed.

In Selenium 3, communication between selenium web-driver APIs and browser native API was done by a phenomenon in which a client (user machine) on which web-driver is installed sends an object to the server in an JSON form. This JSON was used in encoded and decoded formats.

Now in selenium 4, encoding and decoding of JSON objects is not required as it is based on W3C standard protocol. It follows a standard procedure which makes requests and responses to interact without any encryptions. 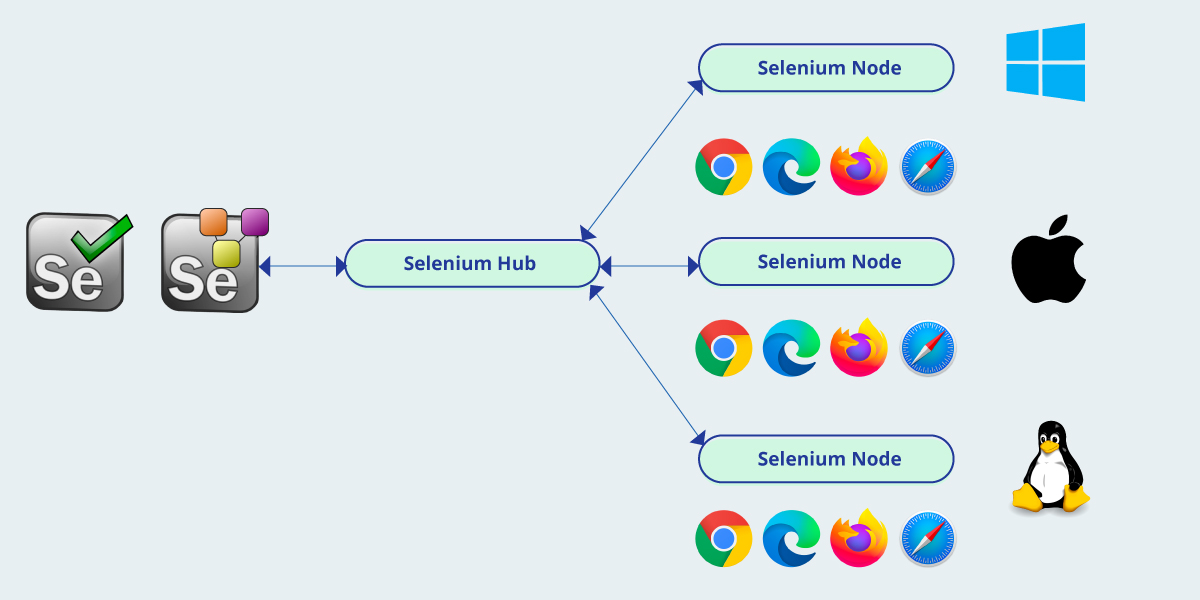 Back in 2011, grid was developed in which various issues were associated like installation was complex and connection set up between node and hub was very trivial. With Selenium 4, a stable version is given in which the above mentioned issues are covered. Moreover, the user interface has become more user friendly as information like session capacity are visible on the go. Text executions are possible now on multiple nodes by a central point called hub.

Five locators newly added in Selenium 4 above, below, toLeftOf, toRightOf, and near.

In the new release, there’s no need to create a new driver object in the same session to open a new tab or window.

Note: For switching between windows, pass the window ID to switchTo().window()

PhantomJS was a headless browser which was used for headless browser interactions. Opera, a web-browser developed by company Opera which is currently called chromium. Implementations of Webdriver for browsers PhantomJS and Opera are deprecated, so in this release support on these browsers is no longer available now. But, users can use a walkaround for these browsers as well. For opera(chromium), use chrome browser and for phantomJS use headless mode on chrome or firefox.

In 2017, IDE got deprecated. Now, it is introduced with multiple features.

In Selenium4, a new method getScreenshotAs() is introduced which helps in capturing a screenshot of the element. Basic process to capture remains the same, find the webelement on DOM and use the method to capture the screenshot.

Also, another method getFullPageScreenshotAs() was used to capture only the screenshot of the visible current page. Previously, it worked on firefox driver.  Now, in selenium 4, it takes a screenshot of the entire page, not dependent on whether the page is visible or not.

What is deprecated in Selenium 4?

FindsBy interface which is present in org.openqa.selenium.internal package implemented by the RemoteWebDriver class. The methods in it are findElement(By), findElements(By) where you can use By Class.

New methods are now added as a replacement of classes under package org.openqa.selenium.interactions.

moveToElement(onElement).click() is replaced by click(WebElement). This helps in clicking on specific elements.

moveToElement(onElement).clickAndHold() is replaced by clickAndHold(WebElement). This helps in clicking on a specific element without a release.

moveToElement(onElement).contextClick() is replaced by contextClick(WebElement). This helps in right clicking on specific elements.

moveToElement(element).doubleClick() is replaced by doubleClick(WebElement). This helps in double clicking on specific elements.

release() method moved to Action class from org.openqa.selenium.interactions.ButtonReleaseAction. This helps in release of click and hold.

TimeUnit is replaced with Duration

Options replace the capabilities objects. Option Object is to be created for the driver class.

Multiple frameworks for automation are available for a tester to choose from but Selenium always seems to be a widely used framework. The new features are attractive for every QA engineer. In my opinion, the features that are added will act as a boom for QAs who believe in the left-shift paradigm.

Selenium 4 will be quite promising as it helps in making the test process simpler.  One of the crucial enhancements are to influence containers by docker which was priorly performed by users to set up the machines and to scale-up, the grid can also be deployed on Kubernetes.

For more information, you can read on https://www.selenium.dev/downloads/.

Test Automation of Android App using Selenium WebDriver and Appium
How to write awesome XPaths for Test Automation in Selenium
How to use Select, Cut, Copy & Paste using Protractor in Mac OS