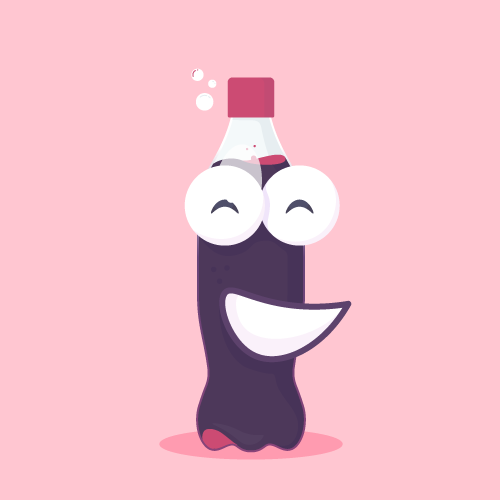 “Do you want to sell sugar water for the rest of your life or come with me and change the world?” — Steve Jobs to John Sculley while trying to hire him from Pepsi.

This was Steve’s last attempt to make John accept the CEO position. Steve did manage to eventually convince John to leave Pepsi and well, Apple indeed has changed the world. Thus, it turned out great. Well, maybe not for Steve as he ended up getting fired by John but hey, that’s another story.

But wait, what is so gravely wrong with selling sugar water?

Does every single idea has to be radical? Is the only purpose of your job to impact billions of people? Is that the ultimate criteria for a fulfilling job and life?

We have been raised with the belief that one’s life doesn’t amount to much if one doesn’t have an impressive job title, work with a famous company, get featured on TechCrunch, give a TED talk or any other way our culture degrades our existence if we aren’t the next big thing.

It has propelled countless people to ditch the so-called ordinary and work on the ideas that work at a ginormous scale — Autonomous cars, electric cars, colonizing Mars, cloning humans, nanotechnology or injectable serums for politicians to stop using Twitter. Hah!

It narrows our entire life’s focus to a simple equation-

Building futuristic technology= Worthy life
God, aka Morgan Freeman, dressed in white, would hug you, give you a gold medal for a life well lived and say – “My child, I am so proud of you. You fucking rock!”

Building small apps and other minions stuff= Awww…Better luck in the next life.
God would scoff at you in Al Pacino style from The Devil’s Advocate – “Dude, you are such an embarrassment. What were you thinking? Seriously, a UX Designer!”

I know it’s noble if your job impacts billions of people or changes the world for good. But I feel there isn’t anything wrong with selling sugar water — No matter if your sugar water is selling tacos, flipping burgers, writing fiction, writing code for B2B apps or cleaning the streets. As long your job doesn’t involve putting people’s lives at risk, like selling drugs.

I think what matters more is if you give your world to that job. Show that you fucking care. Take ownership. Give your complete focus and do it in such a manner that it hasn’t been done before.

No affront to Steve Jobs, but it’s not the sugar water that’s a problem- because whoever first invented that sugar water was a visionary. A risk taker. Someone who impacted billions. Ahem…in a diabetic way.

The problem is the perspective towards that job. The way you look at it and the value that you think you can create from it. Your job is worthy even if one person living in the North Pole lives a better life because of it.

Would you believe that Indira Nooyi, coincidentally the CEO of that same sugar water company, PepsiCo, worked as a receptionist in her college dorm? How terribly boring it would have been for her, especially during the graveyard shift. But instead of treating it as a menial stop-gap arrangement to make ends meet, she put her heart into this job and today, Nooyi attributes her legendary work ethic to this job.

So next time you feel obscured by the thought that your job isn’t worthy, remind yourself that the magic is in doing small efforts with all your heart.

Who knows your small and significant contributions might end up propelling someone indirectly to change the world.