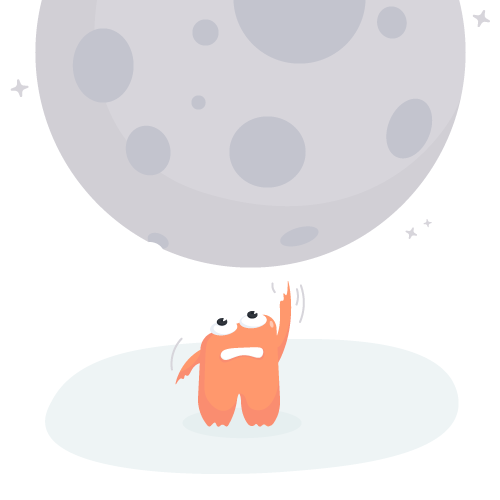 Walt Disney, Henry Ford, John F Kennedy – what comes to your mind when you think of them? My sense is mostly words like Leaders, Innovators, Game changers.

Why do you think these people achieved success in such monstrous proportions compared to others? Do you think it was perseverance? Unwavering discipline? Relentless passion?

Yes, they had all of the above. But there was one more thing they had in common.

That’s B.H.A.G. Pronounced as “Bee-hag” and not to be confused with भाग as our Indian audience would read it.

What’s that, you say? Let me give you some hints with byte-sized examples-

Henry Ford wanted to democratize the automobile. He said “When I’m through…everyone will have one. The horse will have disappeared from our highways”

Each one of them had big goals. Quite dreamlike. People laughed at them, said it was impossible. But they proved their mettle, found ways to achieve their goal and changed the course of humanity.

B.H.A.G, i.e. Big Hairy Audacious Goals is the term for such kind of goals.

Each word spells its intention. These goals aren’t anything like regular goals. They are big, tangled, vague and difficult to manage, seemingly crazy and adventurous.

Not even close to SMART goals, right?

Then why does the world appreciate it?

Because a BHAG gives you a chance to imagine the world or yourself in a totally different way. A BHAG is nothing but your own moonshot and take it from me, it’s nothing impossible.

It would either make you flinch or give you goosebumps just thinking about it. It’s challenging and yet fulfilling when achieved.

Want to have your own BHAG? Here’s what you can do-

These are some of the examples of unreasonable goals. It requires so much insanity to even envision them, forget about making a goal to start realizing them. One has to take a leap of faith to imagine a totally different reality that may sound laughable in the present times. And mix it with stubbornness to accomplish that seemingly unreal goal.

But that’s the exciting part, it helps you get out of your comfort zone to think differently and grow. You realize that these goals are big and audacious, but not impossible. And in that process to accomplish them, you realize you have achieved a lot more than you imagined yourself to be capable of.

Be comfortable with vague

So, my point is- it’s okay to feel scary at the onset. It’s okay to have some unknown unknowns i.e. discovering things we don’t know we don’t know. It’s okay to lack clarity of thoughts in the beginning. One has to be comfortable with the vagueness. You’ll discover, learn, apply, fail, and repeat. It’s going to be an adventure and that is why it’s so exciting.

When Elon Musk said – I’ll put a man on Mars within ten years – do you think he gazed into a crystal ball and saw that it can be done in ten years?

No, he didn’t. Then why did he say so? Why put a time on something that you don’t even know where to begin from?

It’s precisely because of this reason. A BHAG is so big and so audacious that if you don’t commit to a time, you will simply lose it to wishful thinking. So give your goal a date. Setting a date etches it in your memory and your brain compels you to move towards it every day.

As the clock ticks in your head, you make daily plans, track and measure your progress and mark it against the timeline. Once you break down the big puzzle into smaller steps, the vague becomes clear, the unreal gets a shape and the big undoable becomes a series of smaller goals.

Making a BHAG can be easy or difficult- it all depends on you. If you’re ready to put your heart and life into it, if you’re ready to make that quantum effort and if you’re ready to go past your usual capabilities, then not even the sky’s the limit. I hope you get to figure out your big, hairy, audacious goal and work on it with great discipline.