If I ask you what’s the brightest part of your day in office, what would you say? Hold on, don’t go to the ‘pack-up’ straightaway. I know we all love to rush home. But, other than that, what brings a smile to your face?

For me, the best part of the day is when I do focused work and get shit done. Other than that, it’s a warm, stimulating conversation with colleagues. Especially when I get impressed with their refreshing unique perspective on something mundane. Such fascinating interactions make me wonder- “Wow! What a god damn interesting angle to ponder over. I never thought like this” 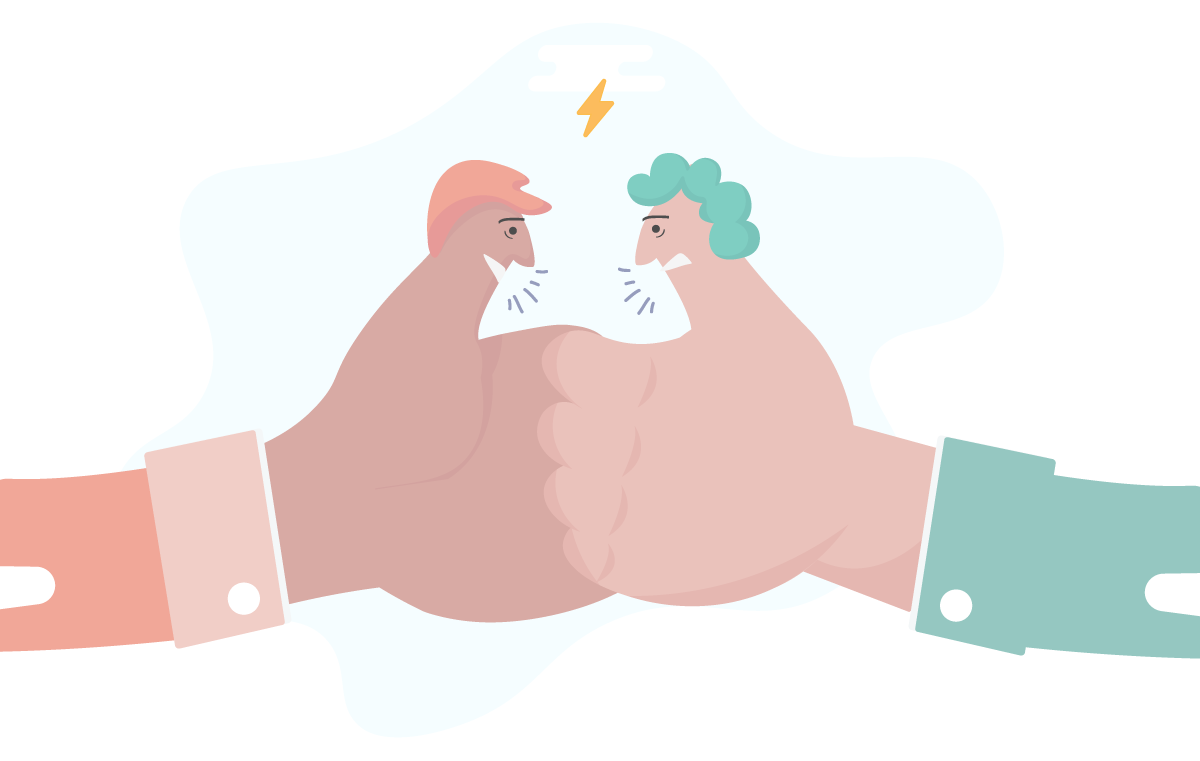 But then there are times when unpleasant disagreements can ruin my entire day. I hate illogical disagreements. H-to the A-to the T- to the E. It isn’t easy, you know. It feels like why the other person doesn’t “get this concept”. Am “I” the only one thinking clearly about this??

Hah! Meet the egoistic version of me!

But trust me, a disagreement can do that to you. It makes you think all about you. Your opinion, your killer idea, your thoughts, your perception. Everything at that moment feels like you are talking to someone who doesn’t get it (and you obviously are the next genius after Einstein).

Disagreements, confrontations, conflicts, saying no to a colleague, are some of the reasons which initiate negativity at the workplace. No matter if you win or lose the argument, it troubles you.

But think about it, what kind of a workplace it would be if everything went on without any disagreements?

A workplace without disagreements is a fantasy, not reality. Or maybe, a sure shot way of building an organization that won’t scale well. In fact, I would say that healthy disagreements and dissent are good. It means that people are thinking and voicing their opinions. Ofcourse, several things can go wrong if people involved in it do not know how to deal with disagreements.

Here are some ways in which you can handle disagreements in the smoothest, most dignified way possible–

Keep calm and let it go

Some disagreements can be nasty. But here’s the good thing- not every dissent needs to be resolved. Moving on is important. Making progress is important. If you are into deep shit and you realize that it’s not going anywhere, i.e. when a disagreement starts turning into a monologue, know that it’s time for you to exit. Stop arguing. Say nothing.

Most of the time, the argument is a vent out of anger to people who have conflicted opinions or who lack clarity. And sometimes, you might be fighting over something that doesn’t demand so much attention. Either ways, don’t make your disagreement personal. Try to focus on the business issues that need to be solved. If needed, get an outsider’s opinion to resolve such conflicts.

When you are working in teams, everyone brings their unique experiences and knowledge to the table. And when you’re at crossroads, you can’t always be ‘I’m right, you’re wrong’  kind of person. It’s natural to have different opinions, especially as the team size grows. So in such cases, use dissent to tickle your curiosity bone.

Could the other person be right? Have you thought about this perspective thoroughly or was it totally off your radar? Do you really think your heart is at the right place? Are you fighting for something you really believe in or is it just an egoistic war to prove your opponent wrong?

Sometimes we behave irrationally with suggestions or new policies because we believe that there is only one way of doing things. So when someone presents a new opinion, we outrightly reject it which leads to disagreements. In such cases, weigh all possible options and maybe you can arrive at a better conclusion.

Compromise is kind of a middle-ground, a mutually acceptable solution to everyone in disagreement. Settling with a compromise might appear very disappointing. Especially with decisions which may blow-off your values or work ethics. So, ideally, your first step should be to decide what is worth compromising and what’s not.

However, the good thing about doing a compromise is that it’s a win-win solution for everyone. If you are willing to cooperate with others and settle in the middle, then you can gracefully save yourself from conflicts at work.

Margaret Heffernan has put the value of conflicts beautifully when she said this- “For good ideas and true innovation, you need human interaction, conflict, argument, debate.” And I agree; the harder your conflict is, more pleasant will be the outcome. So don’t avoid disagreements; learn to handle them effectively.

Women’s day like a Bawse
Why Talent Needs to be Rewarded and Celebrated
What makes an organization a Great Workplace for Women?