Are We Taming Monkeys? Best Practices to value Opinions and Gain Team Motivation 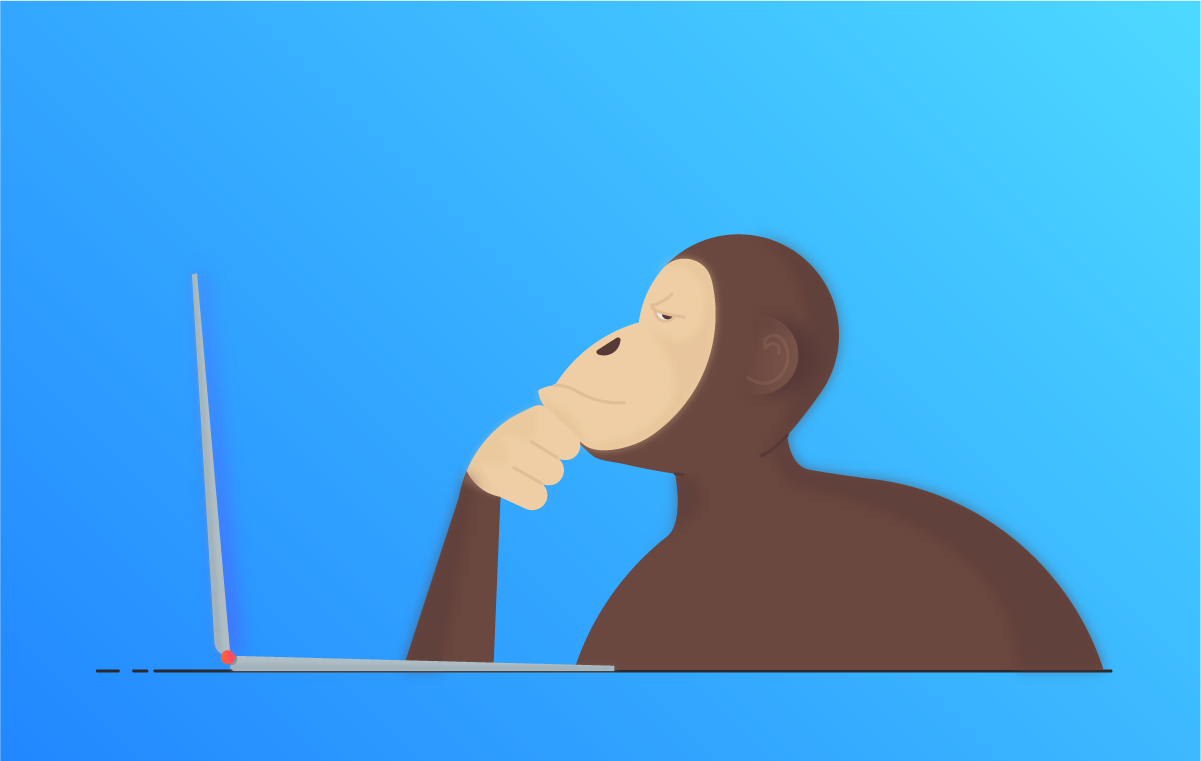 In case, you are still finding ways to come out of the human psychology spell of my last blog; I am here once again, to hold you back on the topic! I guess, I should not be leaving you to wander around with the seed of human psychology and its effect in an organizational setting. I would rather like to fruit it with more information and take it a little further from where we left last time.

Here, I would like to narrate a short story- it was 11 am by the clock when he struggled opening his eyes. Somehow managing the glare of the mobile phone to see whose call it was. It was an unknown number and his sleep refused to break off. But then, he shook his head off to the idea, it might be for an interview; and got up at once.

The call went well as he managed to pass the telephonic round and fixed up a face to face meeting for later that day. It had been 2 months now that he had left his job to attend to some urgencies in family. Over the time, now the things were fixed and he was back from his hometown, searching for a suitable job for himself. This opportunity did find him in just the right stead. Being a third party role with salary lower than what he was earning 2 months back, and a location that was 42km from his place, he accepted the offer.

Today when I ask him the reason, he says, he was fascinated by the role, its scope and its challenging ways. Nevertheless, I have known him for long and always knew that he would not only justify the role, rather challenge his efficiency each day and perform better. He is doing exactly this till date.

But there is this incident that has stuck me hard! One fine day, during daily stand up, his Lead said- “Everything is going good and I like the way you take ownership of tasks and complete them in time. There is just one thing I would like you to obey and that is to come to office sharp at 9am each morning.” He said – “I don’t mind staying back till late whenever required, and I have never let anything suffer or any task overlooked by not coming at 9am sharp. I never stress out working on weekends too but coming at 9am would not be possible.”

His Lead laughed at him saying, “you are doing a private job and you have to follow exactly what I say.” He refused again saying, “I am afraid but looking at the criticality of this role, I am required to take on to calls from internal as well as external customers any time in the day which requires me to be approachable to them 24*7. There are times, I care least about my comfort and work in odd hours, look at urgent requests with squeezed in timelines and I would like to continue my dedication over completing tasks in time with precision rather than taking care if I am inside office as the clock ticks to 9am daily. Please pardon me, but setting a false expectation here would give us nothing. I can not promise coming sharp at 9AM to office but what I can promise is to come between 09:00 am to 10:00 am daily.”

Well, the conversation went beyond and there were disagreements but in present, he is working in his own style not succumbing to what others want him to do but only respecting the responsibilities of his role, the timelines and quality of his work.

What does this story tell us? We work with people. People who have their own individual opinions, their aspirations, their personal challenges and their own personalities. People are unique set of individuals and no two individuals can ever be similar in their behavior. Still there are organizations wanting to tame their people like monkeys to have similar behaviors, similar opinions, similar outputs, similar conduct. It is high time we understood, we are managing people, and not taming monkeys!

Every organization sets the expected code of conduct and general guidelines in an order to ensure uninterrupted and smooth functioning of business affairs. This is extremely important to understand that we are running a business where we are associating ourselves with each other to ultimately achieve common expected goals. Here, organization is not the ruling party neither are people the rulers. It is a conscious association of individuals who are unique in their own selves but are coming together in depicting the basic expected behavior but are not clones.

Wondering if I am trying to say that we should not have Rules & Regulations; General Practices & Policies; or Business Code of Conduct?? Nope! The point that I am trying to make here is – we should aim at making people our partners in drafting general practices and involve them in the decision making process. This, in the simplest of words, will give them a feeling that they are important to us and we value their opinion.

Here, I believe I should take you to a research development by the famous psychologist Clayton Alderfer. After Maslow’s Theory of Motivation, Alderfer developed a new model to explain the simultaneous nature of five needs identified by Maslow. He named this, the ERG Theory of Motivation, which was published in a 1969 article titled “An Empirical Test of a New Theory of Human Need.” In his theory, Alderfer compressed Maslow’s hierarchy of needs from five needs to three needs:

Besides these already developed techniques, which we may also refer as some of the best practices that organizations are adopting, we may also device out more, with the intent of allowing our people to focus more on their energies and become result-oriented high performance masters rather than following blindly what others are doing and ultimately cloning energies to subdue organizational success.

I hope you enjoyed reading this. Thank you for reading the article and I would love to hear your opinion on this. 🙂

Why Talent Needs to be Rewarded and Celebrated
Want your Startup to Succeed? Hire Right
Turning Employee’s Negative Behavior into a Positive One